People have a tendency to underestimate the significance of this type of citation. It is a civil citation; that means that, technically, it is not a crime. This causes some people to relax and think that the matter should not be taken seriously. I respectfully disagree with this approach. The fact is, underage possession of alcohol or minor in possession of alcohol is a crime in some other states. For example, to the best of my knowledge it is a criminal offense in the state of Virginia. So if you graduated from college and wanted to get a job in the state of Virginia and someone was reviewing your record, they might conclude that you committed a crime in the state of Maryland. The burden then falls on you to persuade the person interviewing you for the job (or conducting your background check) that the offense is a civil matter in Maryland and is not a crime. Other people also say something like this: “Well you’re only going to get Probation Before Judgement and a small fine.” 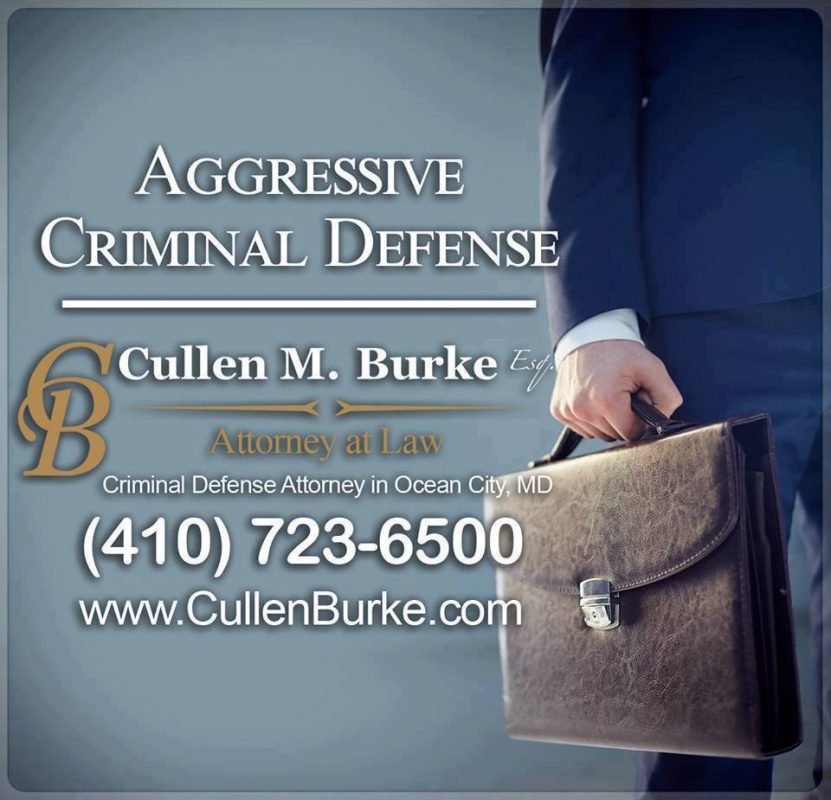 Again, I believe this reasoning is flawed because a disposition of Probation Before Judgement in the state of Maryland means you were technically found guilty and then given a light sentence by having your conviction stricken. In addition, a Probation Before Judgement disposition is ordinarily associated with criminal offenses. This tends to give the civil offense of minor possession of alcohol an “air” of criminality. In my opinion this should be avoided at all costs. A much better approach is to try to have the matter dismissed without the defendant entering a plea or being placed on probation.

Underage Drinking in Ocean City and during Senior Week is a genuine issue. The Ocean City Police Department and other nearby law offices have reinvigorated efforts to uphold underage drinking laws. “They are giving these citations out like candy.”

These cases need the help of Ocean City legal counselor Cullen Burke. He knows the landscape of Ocean City and the network like few others. He lives inside Ocean City all through the busy vacation season and sees how tourists and OC Vistiors of any age are visiting OC to have some good times and let off some steam. If and when you get into this kind of trouble, Cullen Burke is here to represent you. There are an assortment of liquor offenses in Maryland, and the punishments for infringement of these laws run from common fines, Probation Before Judgement, up to prison time. Most liquor related offenses outside of DUI and DWI don’t convey prison sentences upon a finding of blame, yet this does not mean they ought to be trifled with. References for one of these offenses could appear to be a bother from the outset, however in the event that they not dealt with appropriately these tickets could wind up permanently affecting an individual’s future. (Think about job interviews and job applications.)

Any infringement of this statute will bring about a common citation with an obligatory court appearance. The greatest fine for a minor possessing liquor is $500 for a first offense and $1,000 for recurrent guilty parties, however the underage respondent additionally faces the likelihood of being set on post trial supervision by a local court judge. In spite of the fact that the citation is viewed as a common issue, the probation term is dealt with a similar route as a state criminal case. Also, an individual who is sentenced for this offense faces the likelihood of a permanent record of guilt and his case may appear on the state’s site for hiring managers or others to see, unless it is properly dealt with from the outset. Take care to do this the right way.
Call Cullen Burke today (410) 723-6500.

Any cookies that may not be particularly necessary for the website to function and is used specifically to collect user personal data via analytics, ads, other embedded contents are termed as non-necessary cookies. It is mandatory to procure user consent prior to running these cookies on your website.